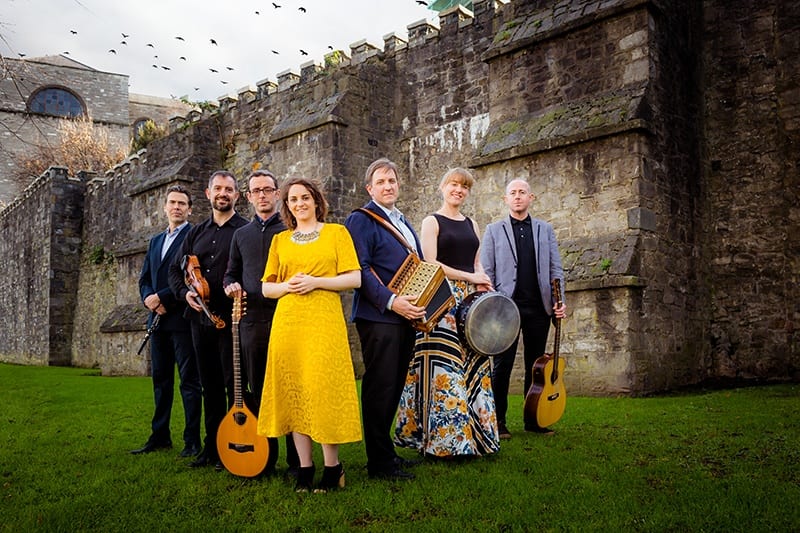 Hailing from historic County Waterford, Danú is one of the leading traditional Irish ensembles of today. Their standing room only concerts throughout Ireland are true events, featuring high-energy performances and a glorious mix of ancient Irish music and new repertoire. Celebrate Christmas and the New Year with some of the music, song, and dance that have been an integral part of joyous community traditions in the Emerald Isle for centuries.

Now celebrating their 25th anniversary, Danú’s exceptional players on flute, tin whistle, fiddle, button accordion, bouzouki, and vocals (Irish and English), have performed around the globe and released seven critically-acclaimed albums. Winners of numerous awards from the BBC and Irish Music magazine, Danú has filled concert venues throughout Europe, the Middle East, and North America with stops at The Hollywood Bowl in Los Angeles and Symphony Space in New York City. Their live performances have been broadcast on NPR, the CBC, and the BBC. Danú takes its audiences on a musical journey to their native Ireland, offering a moving and memorable concert experience.

“A spirit-raising concoction” – The Irish Times

“A vibrant mix of virtuosity, energy, and empathy.”  — The Washington Post