Hank and My Honky Tonk Heroes 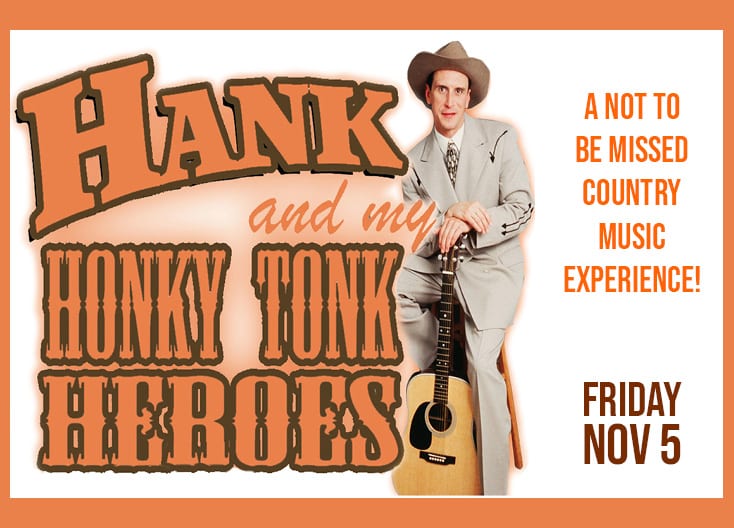 With hits such as “I’m So Lonesome I Could Cry,” “Your Cheatin’ Heart,” “Hey Good Lookin’,” “Cold Cold Heart,” “Lovesick Blues” and more, Jason Petty’s Obie Award-winning performance brings Hank Williams’ timeless music to life. In “Hank and My Honky Tonk Heroes,” Petty gives audiences a personal look at Williams growing up, how he became famous, and who influenced the legendary singer /songwriter. Not only will the great songs of Hank Williams Sr. be performed but songs from some of Hank’s influences including Jimmie Rodgers, Carter Family, Roy Acuff and Ernest Tubb, as well as those influenced by Hank such as George Jones, Elvis and Alan Jackson.