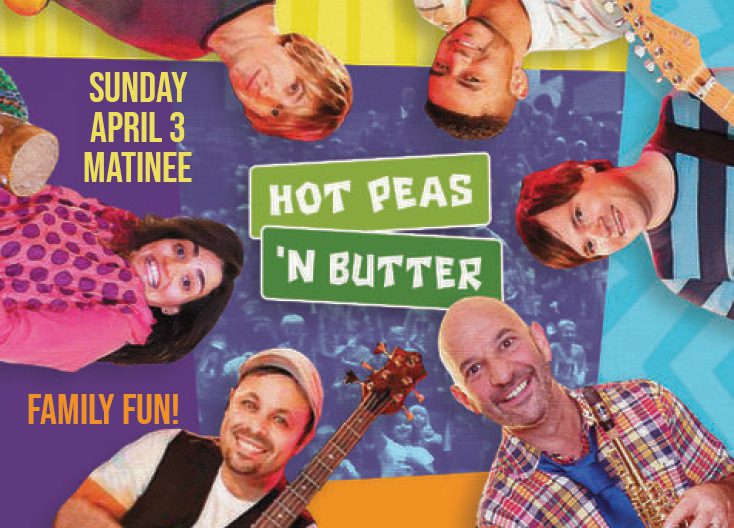 They might not like to eat their peas, but children have a hard time resisting the engaging mix of Latin jazz, Afro-Caribbean rhythms, folk and rock music served up by Hot Peas N Butter. Their innovative music and energetic style has won them four Parents’ Choice Awards since they were founded in New York more than a decade ago.  Often seen on Nick Jr. and Nickelodeon TV, the multi-cultural band is known for their joyful, upbeat bi-lingual music and an interactive stage style that inspires audiences of all ages to clap and sing along in both Spanish and English. With eight award-winning albums and numerous music videos, Hot Peas ‘n Butter makes new friends everywhere they go.