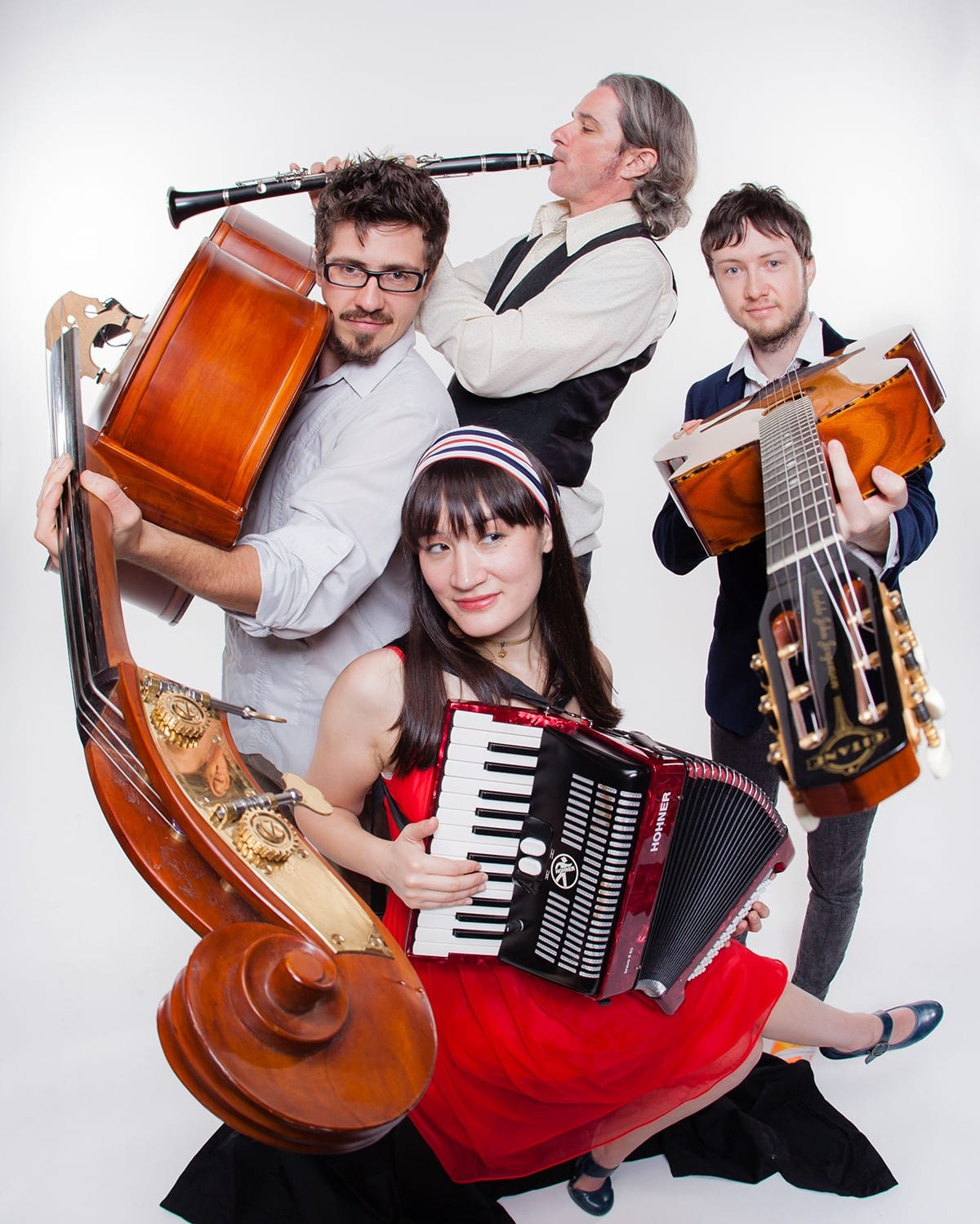 Chanteuse and songwriter Jessica Fichot is a lot like her hometown of Paris: French at heart, but with a soul that’s truly international. Drawing from her multi-ethnic French-Chinese-American upbringing, her music fuses styles and languages, taking the listener on a twisting journey out of the French chanson tradition, into the lands of gypsy jazz, retro Chinese swing, international folk, and out onto the wilderness of her imagination.

Fichot delivers her engaging songs, performing on the accordion and toy piano and backed by a fiery band of talented musicians on woodwinds, bass, guitar and percussion. Her vibrant, acoustic music has been hailed as “a glittering testament to multiculturalism” by The Los Angeles Times, enchanting audiences around the world.

“A clever feat of musical reverse engineering: completely modern tunes that evoke the feel of a bygone time and place, where the cultures of east and west collide in unexpected ways.” – Los Angeles Weekly