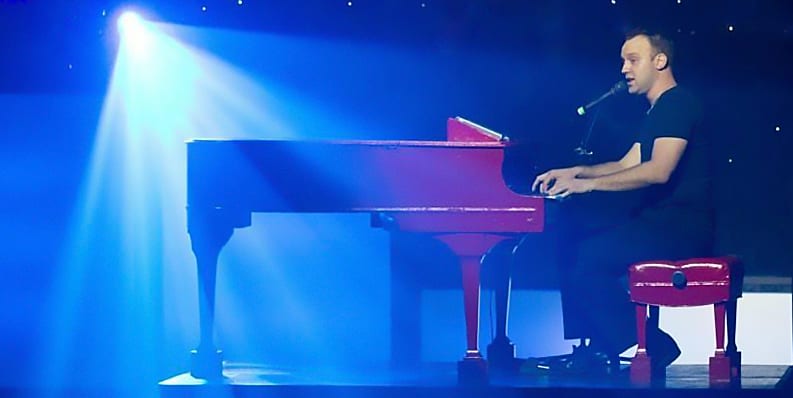 Kyle Martin, from Broadway’s Movin Out and Palace Theater’s 4 Piano Men, will perform the songs of Elton John and Billy Joel, including Hits like “Uptown Girl,” “Tiny Dancer,” “New York State of Mind,” “Philadelphia Freedom,” and many more.

Kyle made quite a name for himself amongst Broadway and rock fans as he traveled to over 100 cities starring as the “Piano Man” in two separate National Tours of the Tony Award-winning Billy Joel/Twyla Tharp Broadway Musical smash Movin’ Out. The show is unusual in that, unlike the traditional musical, it essentially is a series of dances linked by a thin plot, and none of the dancers sing. All the vocals are performed by a pianist and band suspended on a platform above the stage while the dancers act out the narrative sans dialogue, making the show, in essence, a rock ballet. Kyle outperformed over 30,000 people to nab the coveted role, and reviews like “Spectacular”, “Dynamic”, “A piano player with a touch like Billy Joel”, are just some of the accolades he received along his journey.