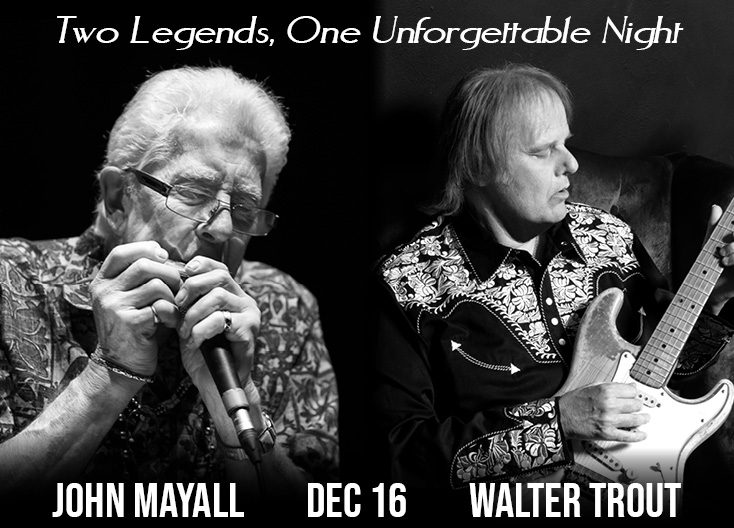 For over 50 years, John Mayall has served as a pioneer of blues music, rightfully earning him the title, “The Godfather of British Blues”.  In 2013 John signed with Forty Below Records and has been experiencing a true artistic and career renaissance, including an induction into the Blues Hall of Fame and 2021 GRAMMY Hall of Fame induction (Blues Breakers album).  Over the course of the last several decades, Walter Trout has been a prolific artist regularly releasing studio albums including his 2017 all-star release We’re All In This Together.  A four-time BMA winner for Blues Rock Album of the Year, he continues to receive global accolades with no signs of slowing down.