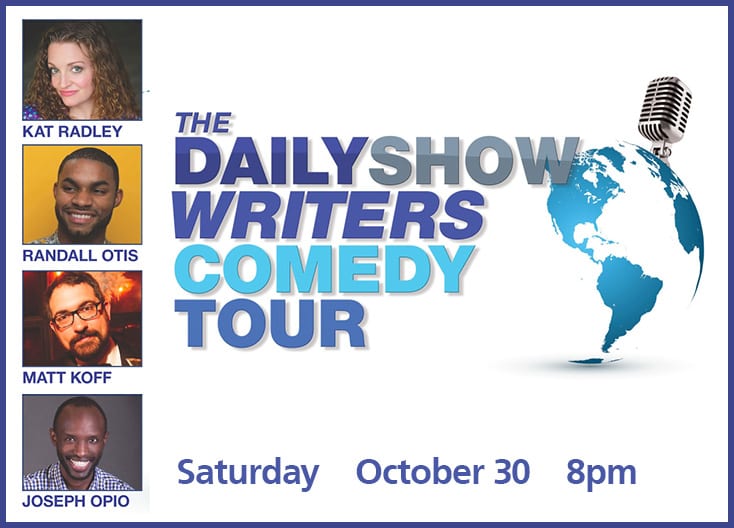 The longest-running program on Comedy Central, The Daily Show has won 24 Emmy Awards and remains more culturally relevant than ever. Host Trevor Noah’s brilliant wit pierces the cultural conversation, making it one of the most engaging and hysterically funny shows on late night. From failed dating lives and the complexity of cat ownership, to today’s jaw-dropping politics, join four of the funniest Daily Show writers, out from behind the scenes, as they share more of the jokes that make Americans laugh on the Daily.