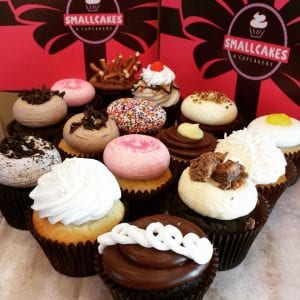 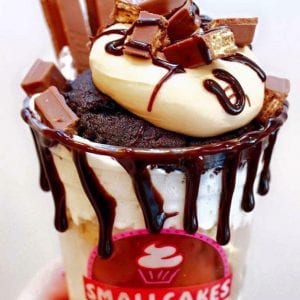 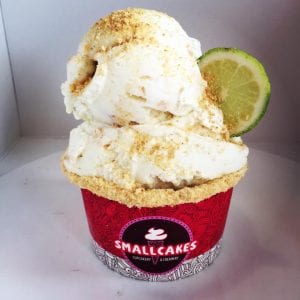 They make a variety of small-batch ice creams on-site daily. The ice cream flavors are complimentary to Smallcakes’s famous cupcake recipes and when combined together they turn them into an incredible rich and creamy ice cream/cupcake treat known as a Smash.

They also cook up PupCakes for your furry, family member. Small bite size morsels that delight even the finickiest dogs.

Smallcakes features seasonal and special flavors created by founder, Jeff Martin. After appearances on the Food Network’s “Cupcake Wars” seasons one, two and seven as well as on the hit daytime talk show “The View,” Smallcakes became well-known and in hot demand in neighborhoods across the nation. Even celebrities have had Smallcakes at their events and weddings. USA TODAY listed Smallcakes as one of the Top Ten Cupcake Places to try in the country.

ADD TO FAVORITES
REMOVE FROM FAVORITES
Back to Listing